Home Technology What Can You Learn From Netflix’s Digital Marketing Strategy? 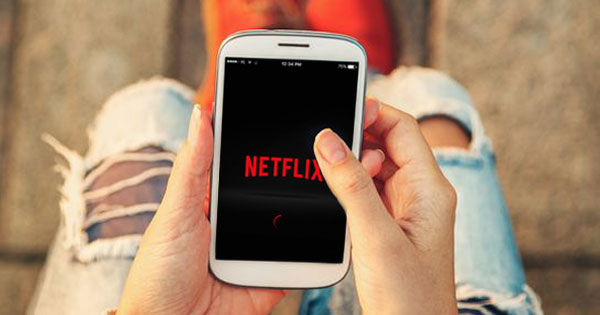 Reed Hastings and Marc Randolph first came up with the idea of Netflix way back in August 1997. However, at that time, the company was a far cry from the streaming giant that it is today.

The Scotts Valley, California based company started as a video rental service. Users placed orders for movies on Netflix’s website and were sent DVDs via post. Once they had watched the film, they sent the DVD back via post to Netflix in envelopes that had been provided to them.

That’s right folks! There was a time when you didn’t need to be overly reliant on your AT&T internet packages to use Netflix.

Netflix’s earlier model was a huge success among customers who didn’t have any video rental stores nearby. Of course, that was just the beginning of the journey.

Over the years, Netflix went on to achieve major milestones in the entertainment industry and eventually became a household name.

Netflix’s meteoric rise was also supported by its digital marketing strategy. After all, one does not get to more than 180 million subscribers without utilizing all the marketing tools that they have at their disposal.

In Netflix’s case, those tools included social media, multiple campaigns and the use of technology to enable users to watch Netflix anywhere and at any time via the internet. So let’s cut to the chase and take a look at some of the key takeaways from Netflix’ digital marketing strategy:

In the last decade, social media has emerged as a powerful marketing tool, and companies like Netflix do everything they can to make the most of it.

Netflix’s social media team primarily uses social media as a tool for grabbing attention of customers and generate curiosity among them. They achieve this goal by creating posts that are akin to memes. These posts are charming, humorous, and original.

The goal of Netflix’s social media team is to produce creative and viral content that gets people talking and encourages them to check out Netflix’s vast content library.

Whenever you get the chance to visit Netflix’s social media page, you are likely to find engaging posts such as polls and trivia based questions.

In addition to getting engagements, Netflix also uses such posts to acquire data regarding audience preferences. They later use this data to create content accordingly.

Netflix has signed co-operation agreements with several companies such as Snapchat and Instagram. The advantage of these campaigns is that they enable Netflix to reach its customers all over the world.

People who have an account in a bank that is partners with Netflix can get up to a 50% discount on their subscription. Netflix’s partnership with Instagram and Snapchat allows users to use photo effects on these applications.

The campaign ad called for viewers to scan their Coca Cola cans with the Burger King app and get a chance to win exciting prizes. The prizes included food, cash, branded merchandise, airline tickets, and a V.I.P Stranger Things experience.

In 2019, Netflix also collaborated with Baskin Robbins for a campaign before the launch of Stranger Things season 3. As a part of the campaign, Baskin Robbins launched a Stranger things inspired flavor known as U.S.S Butterscotch.

During the campaign, the layout of a Baskin Robbins store was changed so that it resembled the ice cream store featured in the show.

Like all other big data companies, Netflix relies on user data to make business decisions and develop marketing strategies. It keeps track of how users interact with the interface and give content suggestions accordingly.

The content you see on your homepage is tailor-made for you. It makes it easier for you to find documentaries, TV shows, and movies based on your interests. It also enables Netflix to provide each customer with a personalized experience.

Personalization is not just limited to the interface; Netflix also incorporates this aspect in its email marketing.

The company has a standard template for its emails. This template allows it to insert content and maintain consistent branding in all emails. Every once in a while, the company also adds a gif in its emails.

What makes Netflix email marketing strategy stand out is the fact that the company is not afraid to shake things up every once in a while. Take The Punisher inspired emails as an example.

When the show was about to be released, Netflix sent out an email that mimicked an alert that pops up when users are looking for a show that does not exist on the platform.

The Punisher logo would then start popping up on the screen, and the image would introduce viewers to the latest offering by Netflix. An example of the platform’s email marketing at its best. This email captured the spirit of the show and compelled viewers to give it a watch the next time they logged into their Netflix accounts.

No matter which field you belong to, if the content you produce is entertaining, it will get attention. Netflix advertisements are the embodiment of this mentality.

The ad features a man who is following his ex-girlfriend at the airport. The girl is flattered, thinking that maybe he wants to reconcile. Boy is she in for heartbreak because the man is only following her because he needs her Netflix password!

The insight for the ad was that the majority of Netflix users tend to share passwords. Netflix knows this and is aware of the fact that it cannot discourage others from these practices. So the company chooses to acknowledge this fact instead.

With this ad, Netflix is communicating that it’s in on the joke. It gives the brand an unprecedented level of authenticity and love from the audiences.

Staying Up to date

Netflix’s digital marketing team keeps up to date with everything that is happening around them. They keep an eye on the emerging trends among the younger segment and make sure that their communications reflect that.

The company hasn’t limited itself to one social media platform, and this approach allows them to cater to more than one type of audience group at a given time.

Summing It All Up

As a company that is working primarily in the entertainment business, Netflix needs to put in a lot of effort to stand out from the competition. The success of its digital marketing strategy is an indication that it’s getting the job done.

If there’s one lesson that audiences can learn from Netflix, then it’s that the company is not afraid to take risks. It’s willing to push boundaries and pursue out of box ideas. Aspiring digital marketers are likely to see great results by following Netflix’s example.

Baldwin Jackson is a successful digital marketer with expertise in search engine optimization and content marketing. The perfect balance of his analytical ability and creative thinking is what sets him apart from other practitioners in the digital marketing realm. He has helped a lot of small and medium-sized businesses in crafting their digital marketing strategies that are not only cost-effective but delivers results as well.

Baldwin is also a proud father of two kids and a Sports enthusiast. When he is not working, you will find him watching ESPN and NFL network. He has been able to get an amazing package on his favorite channels from Buytvinternetphone.com.

What Is a Software Development Life Cycle?

7 Things to Think About Before Going to Gamble Online

The most effective method to Keep Your Computer Cool